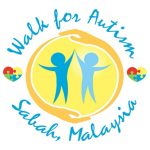 Autism is globally, the fastest growing serious developmental disorder. Creating awareness on Autism is crucial, and family support groups, early intervention, classroom and one on one teaching using Applied Behaviour Analysis (ABA) and Picture Exchange Communication System (PECs) are some of the support and/or services that can assist people with Autism reach their highest potential.

Walk for Autism (WFA) is an annual event held globally in the month of April. The Walk is not limited to Kota Kinabalu, but to all towns/districts of Sabah. It is open not only to parents and persons with autism, but to the public in general including all schools, universities and colleges, government and non- government organisations and all interested individuals and groups.

We organised our first WFA Sabah in 2014, which saw more than 1,500 walkers showing their support and empathy.

The objectives of the Walk are as follows:

CHILDSabah have reduced many of her in person activities due to the Covid 19 pandemic. Keep in touch with us via our Facebook page and website
If you are in an area where there is an outbreak of COVID-19, you need to take the risk of infection seriously. Follow the advice issued by national and local health authorities. Although for most people COVID-19 causes only mild illness, it can make some people very ill. More rarely, the disease can be fatal. Older people, and those with preexisting medical conditions (such as high blood pressure, heart problems or diabetes) appear to be more vulnerable.
https://www.moh.gov.my/
X